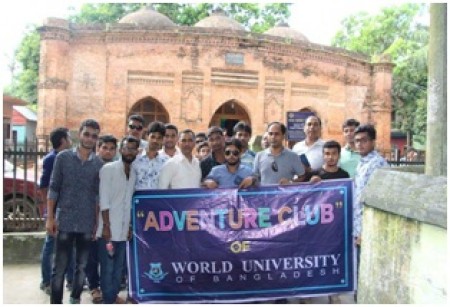 Baba Adam's Mosque & Tomb (1660)
It is a Jami Mosque situated in the village of Kazi Qasba under Rikabibazar Union in Rampal thana of Munshiganj District in Bangladesh. It was built in 1483 A.D. The mosque was constructed as a Jami mosque by Malik Kafur. The grave of Saint Baba Adam Shahid stands near by the mosque. The mosque is named after Saint Baba Adam Shahid.
I

drakpur Fort
The fort was built approximately in 1660 A.D. According to a number of historians, the river fort was built by Mir Jumla II, a Subahdar of Bengal under the Mughal Empire,
to establish the control of Mughal Empire in Munsiganj, and to defend Dhaka and Narayanganj from the pirates